Since last year “The common man of India” showing and expressing his strength and anger against corrupt system. Anna Hazare acted as that catalyst who stimulate the soul of Indian society which was in slumber since last 60 years.

Here comes another example of solidarity of common man. When he performs his duty honestly and stand firm against all the odds , he can move the empires and so-called hero falls!

I’m talking about the man who has done his job honestly as he was doing since last 7 years.

Dreams : Good education and jobs for his 2 children. 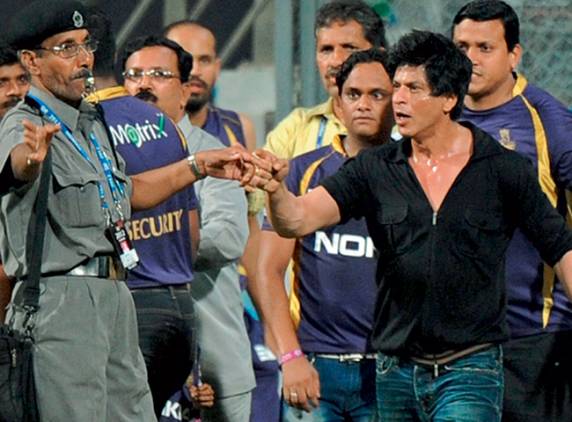 Vikas Dalvi lives in a transit building, in a room of 10×12. The building is temporary and stand on polls. He has two children whom he wants to get good education and job.

Vikas Dalvi was performing his duty as usual on Wankhade stadium when he saw some children playing on ground after the IPL match about 10:45pm. He whistled and asked those children to evacuate the ground.

Suddenly someone came from his back yelling and shouting. He saw that it was none other than IPL Team owner Sharukh Khan. Vikas Dalvi remain firm and whistled again to evacute the place.

But the ego of a self proclaimed king shattered when he saw that a common security guard is remain unaffected by his abusive words and violent behavior. Here the so-called hero or idol fall to disgrace rather exposed to world when a common man stood strong!

According to predication, this century and coming years will be beginning of new Renaissance. You can see the revolution in Egypt, protest in India, occupy wall street etc. This is one of those incident which proves that 21st century is an era of common man!